What is Continuous Learning?

Many point to continuous learning as synonymous with Lean in line with, and in front of, continuous improvement. Unfortunately, in today's market, this is used as arguments for knowledge development, course activities and consulting projects. The central player in learning is the one who wants to learn, that is the student. The person who is going to learn, and develop their competence, needs guidance and support from a teacher, but the key will always be the student's own training and self-development. In other words, learning is largely about building competence, with training and development of one's own skills, not sitting and listening to experts who communicate theory.

Knowledge in a Push system

After the Industrial Revolution, we developed a knowledge industry that soon learned the tricks of the industry, and gradually developed a huge Push system where everyone would be forced through long standardized knowledge modules. Quantity became more important than quality. The more knowledge the better the education. A CV with many points and exams was the guarantee of getting a good position and a good salary in modern society. This seemed to be a good fit for some groups, and one profited heavily from being clever to achieve good characters by remembering details. Especially in the public bureaucracy, it seems to have been developed a culture and personnel policy, in which characters and points eat skills, attitudes and abilities for breakfast. This gives educational institutions good alibis for pushing knowledge ahead of competence, which can be perceived to be in the supplier's interest, not in the interests of the students, and not in the interests of society.

The competitive community and the knowledge industry

Through many years, we've got a competitive market where suppliers compete to sell their goods. This also applies to education. Universities are ranked globally and nationally on, for example, the Pisa index, where indicators are used that measure students' knowledge in mathematics, science, and reading/writing. This leads to overfocusing on individual subjects, such as defined levels for grades in mathematics, to get into further education. A sorting system that does not necessarily build competence, but largely sorts the population into classes depending on how many filters they have passed, how many points they have gathered, or how long their education is. Grades are measured and students weighed and assessed to document how much knowledge institutions have been able to build up in them. Private schools are claimed for thinking this way, but public schools are not better. They have the same leadership and ways of working as the private. People who research and deliver in the knowledge industry argue that the more knowledge the greater the wealth in the society. They work continuously with upgrading all studies that have been undergraduate till master's degree, and number of doctoral candidates is a stamp of quality for a university or an entire nation. The important thing is to go to school many years, be good at remembering details and pass exams, then you can live safely in good positions for the rest of your life. If you do not get into the study you want, you can apply to another school, or travel abroad.

I once sat with two professors and had lunch at a university and overheard their conversation, though I wasn't really part of this. Their theme was that they were subject to something they called teaching duty, and which was clearly perceived as unpleasant and unnecessary. Both had obviously a lot of knowledge and interesting jobs and they primarily wanted to be able to manage their own workday with things they found fun. They were passionately interested in their fields, and their only interest was to further develop their own knowledge, something they were able to achieve, in their opinion, by using their time for research. The trick they concluded was that if in the latter part of each semester they ensured poor evaluation, they got fewer hours of teaching duties next semester. In this way, they could gradually build a life where they could be in their own office and enjoy research on topics of their own choice.

We can also see examples of "shortcuts" to a profession. For example, you can be ordained a priest after a relatively short course, if you have a good practice and a relevant education from another area. These are solutions that occur due to the Pull effect. You lack priests and you find solutions. Perhaps this can lead to a better understanding of customer focus in education. The customer is asking for a service, and we achieve Pull effect.

From another angle an entrepreneur who did well in the private sector told me that in the first years of her career she was a scientist but got tired of sitting writing endless reports that were simply put in a drawer.

It should also be said that these are individual examples and experiences to illustrate a topic and create debate, not research-based information that documents the extent to which these are common or recognized perceptions.

From Pull to Push

In the competition conducted on behalf of the suppliers, many young people are pushed through many years with everything from basic knowledge of writing and arithmetic to special studies for all areas of society. They are governed by a standardized pathway that education experts perceive as effective. Again, we see that it is often not the efficiency of deliveries that is the focus, but the efficiency of the resources. A large proportion of the population ends up in completely different professions than they are educated for, and many would argue that even if they get a job in the area they are educated, it is only a little part of what they have had to learn in their course of education that they use later in life, after a few years, much of what they have learned is simply forgotten. The most important thing seems to be to collect as many points with as good grades as possible, in anything. Then you are assured a good job, at least in bureaucratic public hiring processes.

We see people live longer, and we hear political discussions about raising the retirement age. We need more people at work.

In this context, at least, it is important that those who want to work can do so, regardless of their age. Even further education, training of others and documentation of competence acquired throughout long life are important activities that the elderly can enjoy.

Then there is a trend that employers searching for young people, and it is advertised in job advertisements with a young and dynamic environment.
Many young people want to work instead of learn theory that only intends to get them further ahead in the job seeker queue, without necessarily help them so much in their daily work.
Why not have a vision and objective for young people to start 5 years earlier in work, continue learning through work, have the opportunity to further education later in life, and get credited relevant practice and developed skills in the same way as with grades from theoretical exams.

It would be perceived as much better for many young people, and it would give employers access to many more young, dynamic, and creative employees. It would bring enormous benefits to society in form of access to young labor, reduced costs and fewer losers.

So, you may ask whether modern education is based on the suppliers' terms, or the recipients’. It is said that four out of ten regret the education they have taken later in life. A senseless waste of educational resources, time, money, and people's lives. Many have advocated for a system where one undergoes a good basic education, preferably with a short specialization and then enters the working life. After some years, you will find that you need more knowledge in the area you work in, or you have discovered that you would rather start working on something completely different. It could then be arranged for a couple of years of further education to be able to return to work, with more knowledge or knowledge in a new area. See, for example, future researcher Kjell Nordstrøm's lecture at "Arendalsuken" 2018 where he says that we should take a shorter basic education and replenish further education throughout our lives.
Ledelsesekspert: – Vi tenker helt feil om utdanning. Læring er et livslangt prosjekt – Digi.no

Here it is also a point that the world changes rapidly, new knowledge comes, and old knowledge becomes obsolete. By continuously building knowledge that the individual person needs, you get a Pull system that meets a need throughout life instead of a Push system that is characterized by the suppliers' interest in maximum deliveries in the short term.

Introducing Pull into education systems would meet the knowledge needed, when needed, and when it naturally falls into development and career plans. Today's Push society in the knowledge industry focuses on quantity rather than quality, which can lead to a society of mediocrity with many points and good CVs, with no real competence and skills to do an effective and useful job in the society.

The school system is in its entirety a Push system based on the provider's opinions.

In a Pull system, one could imagine a good basic education, early start-up in working life, breaks at regular intervals throughout life for further education within the area you want. Continuation or transition to new areas.

– Education … has produced a vast population able to read but unable to distinguish what is worth reading. 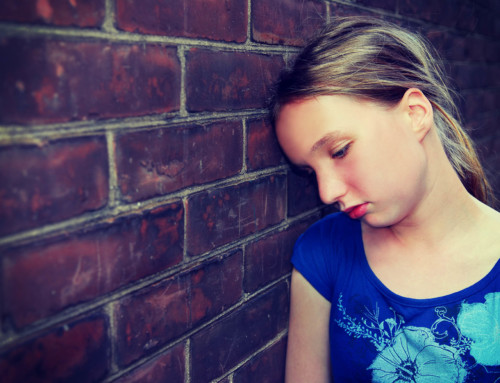 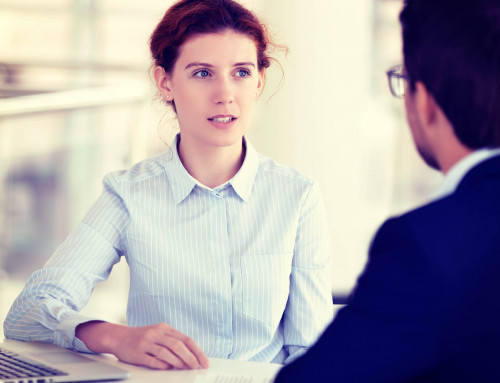 How to influence development and contribute to modern management? Gallery

How to influence development and contribute to modern management?